CONCERTS d’ETE I ZOMERCONCERTEN
SUMMER CONCERTS
Every Tuesday
I 20.00 I

Ars In Cathedrali has brought together the most beautiful organ pieces from its seven centuries of repertoire, with original compositions and transcriptions. The art of transcription is also typical for the organ, also called by Franz Liszt the Pope of instruments. Balzac said: «The organ is the grandest, the most daring, the most magnificent of all instruments invented by human genius.»

To play it is a real feat, in the words of the playwright Ludovic Halévy : «The artist struggling with the organ is like an athlete; let none imagine that the instrument yields freely its secret of harmony; one must wrestle them out from its bosom. But when subdued, it repays abundantly the efforts put forth. It excites, it inebriates those who master it; and like a generous steed, it seems to inspire with a renewed ardor the intelligent hand by which it is subdued and ruled.»

Saint-Saëns, author of the Symphony with organ: «The organ is thought-provoking. As one touches the organ, the imagination is awakened, and the unforeseen rises from the depths of the unconscious. It is a world of its own, ever new, which will never be seen again, and which comes out of the darkness, as an enchanted island comes from the sea.»

For Stravinsky, the organ is «A monster that never breathes.» For Berlioz,» The organ is made for absolute domination. It is a jealous and intolerant instrument. The organ and the orchestra are both kings; or rather, one is Emperor and the other is Pope. Their missions are not the same, their interests are too wide and varied to be interlocked.»

Here is our 2021 program, with internationally renowned artists.

How to book a Concert Ticket

When you click on the desired concert, you arrive at the booking item. Choose the category, either Less than 18 years, either Adult, set the number of seats desired for that category in the check box below the tariff of 0,00€ or 13,00€ and click on “Book”.

You can eventually re-execute the procedure for the second option – Less than 18 years or Adult, or for other concerts, then click on “View Cart” on top the screen.

You will see there all the items of your order..

Click then on  “Proceed to Checkout” then add your references and mail address, confirm that mail address and execute the payment. 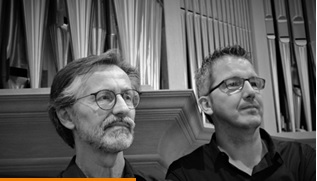 Music from great composers, who wrote little or nothing for the organ, resounds now in Brussels Cathedral under the hands and feet of the ORGANDUO 422play. The great variation of styles and the versatile use of the organ make the performances of Reitze Smits and Bart Jacobs a inimitable event. 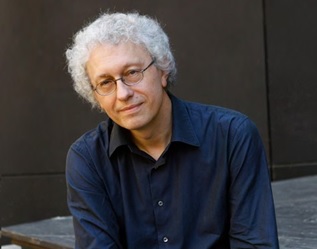 The Art of the Fugue

The Art of the Fugue is a testamentary work: J.S.  Bach worked there for almost ten years, during the decade 1740-1750. The last fugue has remained  unfinished. Here the composer attempts a synthesis of polyphonic art which died out with him after flourishing extraordinary for several centuries. We can also see the signature of an artist at the height of his art, free and timeless.

Unfortunately we had to cancel the concert of tuesday august 3rd.  Sveltana Berezhnaya resides in  Russia and is not allowed to travel to Belgium for sanitary reasons. Ticket holders will be reimbursed as soon as possible. 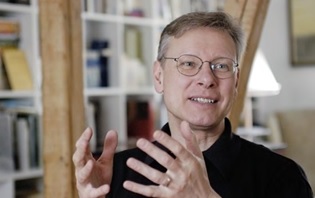 Reger’s rather traditional fantasia, almost like a set of variations concluded by a fugue

Raphael’s passacaglia, possibly the longest in the repertoire, based on the complete chorale melody

Liszt’s fantasia in the mold of his symphonic poems, in 1850 the longest organ piece ever composed 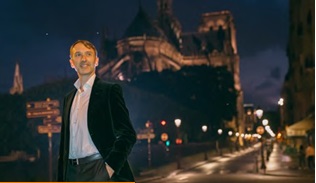 To the structural edification of Bach – in six voices, like the six days of Creation – responds the hammered edification of Escaich.“Let the earth bring forth living animals after their kind. The birds of Messiaen respond to those of Liszt or Saint-Saëns; they are the real soloists of this concert! Let us therefore, by their song, give thanks to the Creator. 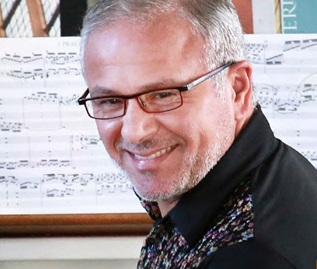 A Barocco trip in Europe

Matteo Imbruno takes you on a journey through Europe from the 16th to the 18th century. You will hear music how it soun- ded in the great cathedrals and palaces of that time. Be sur- prised by the development of organ art in this time. You will hear how the organ increasingly established itself as the king of all instruments. 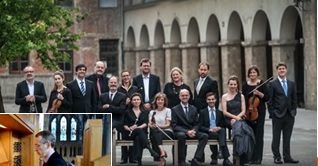 Concerti for Organ of G-F. Handel

On the program, the Suite in G-minor for keyboard, and some of the amazing organ concertos by Georg Frideric Handel, which were played at first as improvisations between the acts of his ope- ras, but remain as gems for the concert organ, in dialogue with a fully baroque orchestra. Bachplus will also play Bach’s first orches- tral overture and a concerto by the third late baroque grandmas- ter Antonio Vivaldi. As a cream on the pie, the musicians will offer you a melody that is sung by every music lover worldwide!